This week saw Yves Saint Laurent, a film based on the life of the iconic designer (and endorsed by his former partner, Pierre Bergé) open in the UK. It is nothing less than amazing.

Inspired by the designer’s life, here is a little recap of some of his most iconic dresses, designed by Yves Saint Laurent himself, which marked his most significant life mile-stones.

After entering and winning a competition for young fashion designers when he was 17, Saint Laurent travelled to Paris and met with the then-editor of Paris Vogue. Two years later, after finishing his studies, Saint Laurent was introduced to Christian Dior who hired him on the spot. Fast forward to 1957, when Monsieur Dior died, and Yves took over as head designer. He was 21.

In 1960 Saint Laurent was conscripted to the French army, but after 20 days was admitted to a military hospital and left. He was fired by Dior, who he sued for breach of contract, and along with his lifelong partner, Pierre Bergé (who worked with Saint Laurent as CEO of the company, and still runs a foundation holding thousands of outfits from the YSL archive) Saint Laurent set up his own label.

It’s hard to overestimate how much Saint Laurent revolutionised fashion for women. When he introduced ‘le smoking’ (the women’s tuxedo jacket) in 1967, he gave women a sassy, elegant, modern option for going out that still looks incredible today. He took traditionally masculine, practical clothing – like cream cotton explorer’s linens, which he turned into mini dresses as part of his Africa collection – to completely turn fashion on its head. When he retired his couture label in 2002, Vogue put it like this: ‘Yves was first with everything and has inspired practically everybody’.

4/9 BUT IT WASN’T JUST DESIGN: HE CHANGED THE FACE OF FASHION

Saint Laurent is often credited with being the founder of ready-to-wear fashion (as opposed to couture – read more about the history of couture here). In 1966, Saint Laurent tapped into the youth-led democratisation that shaped the 1960s and launched Yves Saint Laurent Rive Gauche, a line of clothes that was ready-to-wear, accessible for young people and relatively affordable.

5/9 HE WASN’T AFRAID TO BREAK THE RULES

Yves Saint Laurent’s 1971 spring collection, for instance, went down like a lead balloon with the French press, who believed its 1940s vibe glamorised the occupation of France in World War II.

Black models like Pat Cleveland, Mounia and Iman were celebrated by Saint Laurent at a time when it was rare for non-white models to appear on catwalks and in ad campaigns. Even Naomi Campbell, speaking after the designer’s death, said, ‘My first Vogue cover ever was because of this man. When I said to him “Yves, they won’t give me a French Vogue cover, they won’t put a black girl on the cover” he was like, “I’ll take care of that” – and he did.’

7/9 HIS INNER CIRCLE WAS AMAZING

Saint Laurent hung out with the in crowd. Socialite Betty Catroux and designers Paloma Picasso and LouLou De La Falaise (who was also a muse for Saint Laurent) were an integral part of his inner circle, as were Bianca Jagger, the actresses Catherine Deneuve and Talitha Getty and the model Donna Jordan.

8/9 BUT HE WAS PLAGUED BY ILLNESS AND ADDICTION

Saint Laurent was tormented by mental and physical illness and drug addiction throughout his life – issues he traced back to hospitalisation and electric shock treatment after being discharged from the army. He was diagnosed with brain cancer in 2008 and died in June of that year, a few days after entering into a civil partnership with longtime love Bergé.

Saint Laurent retired in 2002 and following his departure, Lanvin’s Alber Elbaz, Tom Ford and Stefano Pilati all took the reins individually, with Hedi Slimane famously becoming head designer in 2012. Re-branding the company as Saint Laurent Paris, Slimane created a whole lot of controversy (notably in the form of ‘Ain’t Laurent without Yves’ T-shirts) but his grungy-cool, rock-music inspired collections and ad campaigns have won over a legion of new fans, from Lou Doillon and Sky Ferreira and Jared Leto.

and is a firm favourite here at FYP to hide the evidence of one too many ‘Mojitos’,

from the night before.

Its popularity comes from its legendary highlighting abilities,

and has become a cosmetics classic in its own right.

Therefore we are very pleased to announce

a special Christmas limited edition version that will make receiving it even more of a joy. 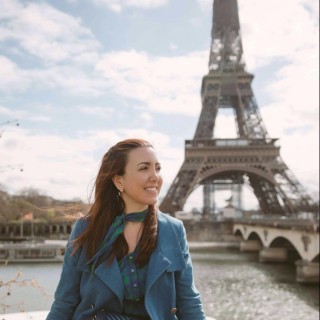 Fabulous Hotels in the Marais!